If Your Business Was a Movie – How Does it End?

Why is closing a business like the ending of a movie? Answer; sometimes you can pick the ending … 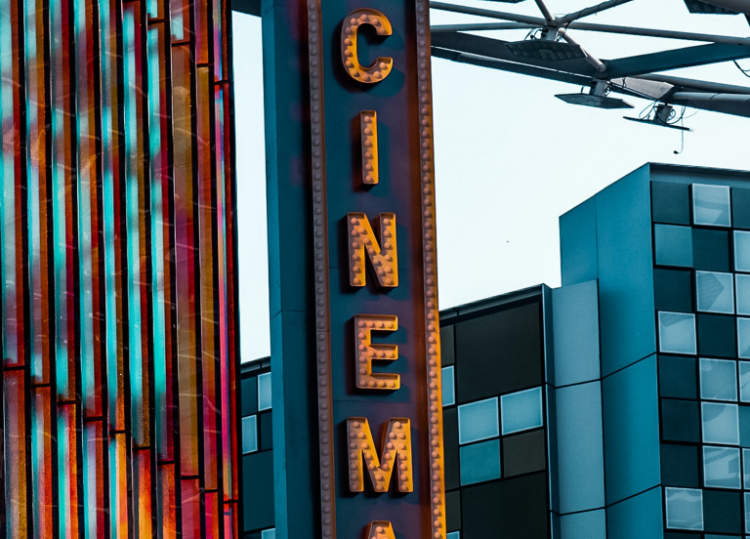 The Pandemic Playbook – read articles like this from Insolve panel members

My friend Hazel reckons most movies these days are all about the show, not about the story. All special effects and noise, with visual trickery and explosions to make up for the lack of plot and story.

There much less glamour or razzmatazz in running most businesses. You usually don’t feel like you’re living a movie star life if you are up before dawn and home after dark, day in and day out, keeping the business wheels turning. If you love it, and the sacrifices of family time and risk are rewarding you, well done you!

For the rest of us, it can be a bit (or a lot) of grind! Maybe your business takes up a few chapters in a book about your life, but probably not a full movie script featuring all the big stars!

The tough conditions we’re in right now, plus Hazel’s comment made me think, ‘if a business was a movie – how does it end’? If you think about all the movies you’ve seen – good ones and bad – it seems to me there are about four different types of ‘endings’.

This is the good one. This film is a feel-good story of love, laughs and adventure. You float out of the cinema (or maybe switch off the telly) with a warm feeling. Great story, what a finish! They ride off into the sunset, they live happily ever after, it was all worth it in the end.

This is where you sell the business, and maybe can buy that place on the coast or in the country. Or you hand it on the next generation. Or you just close up with money in the bank with the help of the accountant or lawyer. You pay all your bills off. Job done.

This type of movie can be frustrating. It’s a good tale and it seems like something different might happen, until the end … it’s a cut to black, a ticking clock and none of the characters are where we wanted them to be!

Many a ‘good business’ runs out of juice. Or like what’s happening now, you suddenly realise there isn’t a business anymore. For example, quite a few hospitality and tourism places won’t reopen after the Covid-19 restrictions ease.

In this scenario, this is the ‘Members Voluntary Liquidation’ where you call in a professional Liquidator to realise the assets and pay as many bills as you can. Or it’s a Voluntary Administration where you hope that the business may survive, but a restructure is required. As an owner, you may lose your investment, but perhaps there will be a sequel where you can rebuild again in the future.

I spoke to Liquidator Roland Robson about my idea and asked him about this ‘movie ending’. He says ’too many business people leave things too late’. They hope for a happy ending, but ‘the movie script’ if you like, isn’t that good. Best to stop filming, and do it properly, rewrite the story and try again…’

3 – The climactic ending that could have been much different – A Bridge Too Far?

The hero fights off the enemy but is finally overwhelmed. Or they get away in the nick of time, in just the clothes they are standing in, to start again or live another day. In A Bridge Too Far, based on real events, an overly ambitious plan comes unstuck and despite heroism the plan fails in the end.

In a real life liquidation, the Company Director finally ‘calls time’ and gets a qualified Liquidator in. Or, more dramatically, the Creditors apply to wind the business up.

Those movies where there are too many loose ends. It just tails off. Or the story stops ready for the sequel. Or they keep making the same story over and over.

In Casablanca, and Rick and Ilsa’s situation, the end is neither happy nor simple. We see the lovers have to split up a second time – we wonder as the plane flies away, will fate one day turn in their favour? … Or maybe this is like most of Ground Hog Day – Bill Murray’s character has to choose the right path and be a better man to stop being trapped in the same day over and over?

Sometimes business has been so traumatic people just walk away, hoping that all the pain ‘will just go away’. The debt, or risk of being sued, hangs over them for years. Some people even ignore the company legal paperwork until their company is de-registered. They don’t open mail because one day there might be a letter from ASIC, a letter from the ATO they don’t want to face …

Bruce Pasetti of thesolvers.com.au says that ‘head in the sand’ attitude is so risky because you are leaving your fate, and the fate of your family, in the hands of others. When stressed it can be difficult to act, but the world won’t stop turning. Engaging a professional to sort things out is the only way forward- your health and your family will thank you for doing that.

Roland says another type of issue is getting the wrong advice. The Untrustworthy Advisor. “it’s like when one movie Director films the movie, and they get in another one to edit it – how often does that end in disaster?!’. Untrustworthy advisors will tell you it’s ok to let a company be de-registered, or to ‘Phoenix’ the business into another company without paying your debts (often the ATO); an unqualified loophole to get out of the Ground Hog Day, but is it legal?

The bad guys – the adversary in the films – often seem quite powerful initially. But soon it’s clear they’re either not that bright, or some fatal flaw brings their scheme unstuck.

In the ‘Never Ending’, Creditors are not the bad guys. They’re just people like you and me who are owed money. Efforts to sneak around them will often fail. And they have long memories.

How does your business movie end?

As always, it’s about timing. It pays to get good advice if you are unsure. We all like a happy ending, and often don’t mind a thrill or a bit of suspense in the meantime. We’re business people – so that’s how our lives can be!

What are the messages I get all from these movie stories? Make a decision, and act! Ignoring things and hoping they go away can work, but rarely, and often only in the short term. Your mistakes tend to catch up with you in the end. Like all good tales – the story of your business will come to an end, so get the best advice you can and get the best ending (or outcome) you can!

Catch up on Important News & Resources

James is a ? specialising in? Find out more or Email James.